When Sibbele Wijnia joined Nigel on soprillo for the NSC’s 12th November rehearsal and Leo Smid duetted with Julia on tubax, players who are used to considering themselves unique had to adjust to a new ensemble identity – twobax and the soprillettes perhaps, or soprillini and the tubaxites? (Plain old plurals – tubaxes and soprillos – seem just too boring.)

Sibbele and Leo are members of the Saxophone Orchestra of Drachten from the Netherlands, and came with their musical director, conductor and composer Karl Veen following an earlier visit by Nigel to one of their rehearsals. After the prestige and adrenaline of the previous weekend’s filming for the BBC with Lord Robert Winston, this Sunday was a far more relaxed affair offering a very different kind of musical excitement with new repertoire, new musicians and new techniques. (The sight of the entire choir puckering up to achieve Karl’s “toot toot” embouchure – like sucking yoghurt through a straw – is not easily forgotten.) >>

Karl produces all the material for his choir and his arrangements of J.S. Bach’s Fugue in G minor and Piazolla’s Oblivion were particularly impressive and well received, and look likely to become part of NSC repertoire. Working through these items, he offered a good deal of constructive advice on tone production, articulation and phrasing, but elsewhere the spotlight was on him (as tubax soloist in Nuits Blanche, and there were lighter moments too: Leroy Anderson’s Buglers’ Holiday (memorable for its sopranino and two soprillos), and Lazy Bed for the lower saxes.

The session also revealed just how deep NSC talent runs: there was some stunning solo playing from Cat Evison in Nigel’s arrangement of Richard Payne’s Concerto for Alto Saxophone, a challenging and engaging work that could provide a substantial centre piece for future gigs, plus four arrangements submitted by members. Claire Tomsett’s take on Gershwin’s rhythmic and fiery Cuban Overture immediately felt like core, high-energy NSC material, while Jen Ashley’s beautiful and moving arrangement of Holst’s Nimrod eloquently exploited the richness and resonance of sax choir timbres. Michael Brogan’s colourful version of Peter and the Wolf could well have a place in one of the choir’s family concerts, while Jo Paterson-Neild’s Zarathustra closed the rehearsal on an appropriately declamatory note. If this sounds like a marathon session, it was – though not occupying quite all of the eight allotted hours. Despite the demands on stamina, it was all hugely productive and enjoyable, and the NSC is very grateful to Karl, Sibbele and Leo for introducing the distinctive Drachten approach to its members and initiating the first of hopefully many more sax choir exchanges. 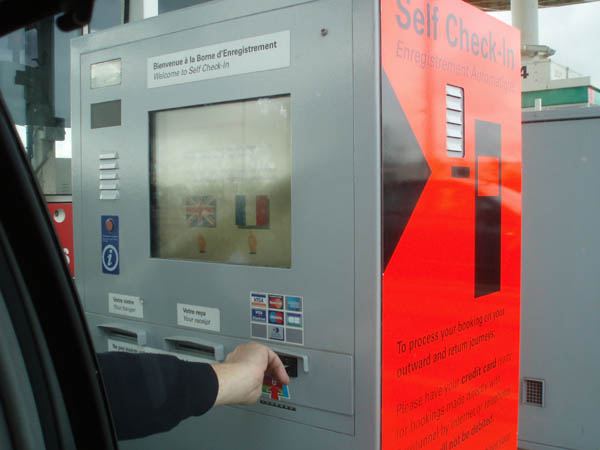 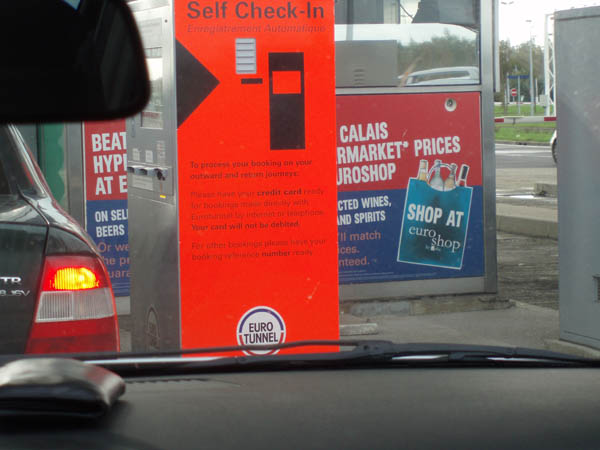 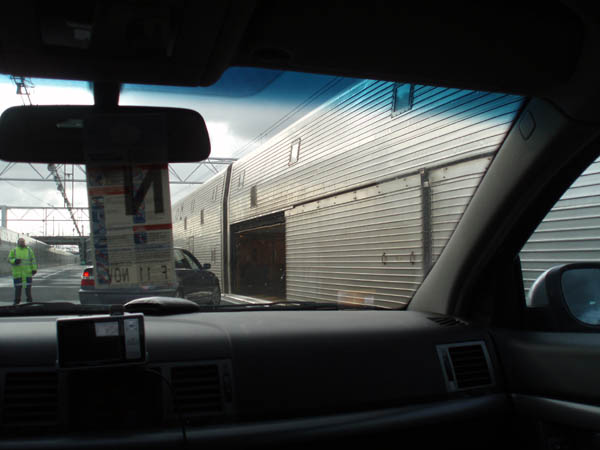 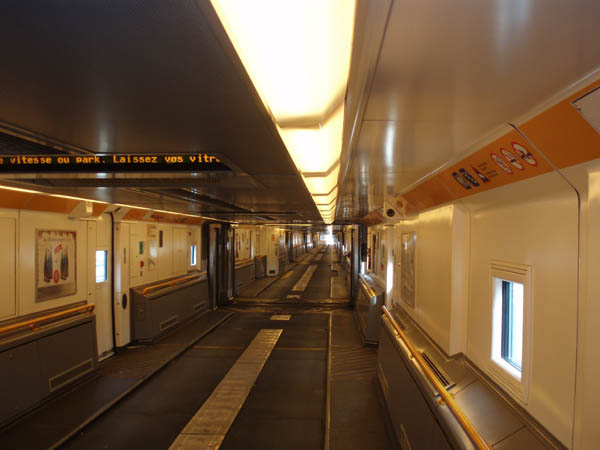 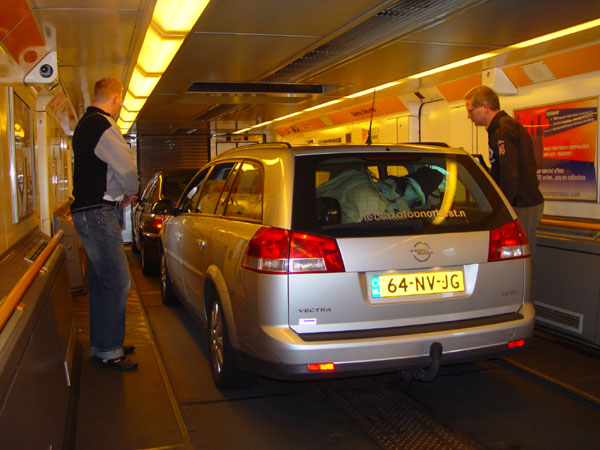 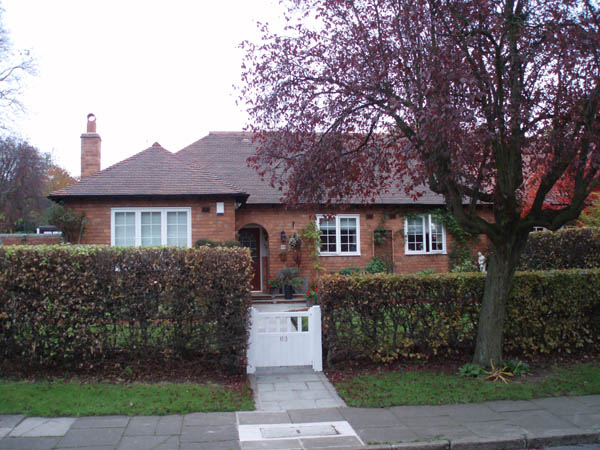 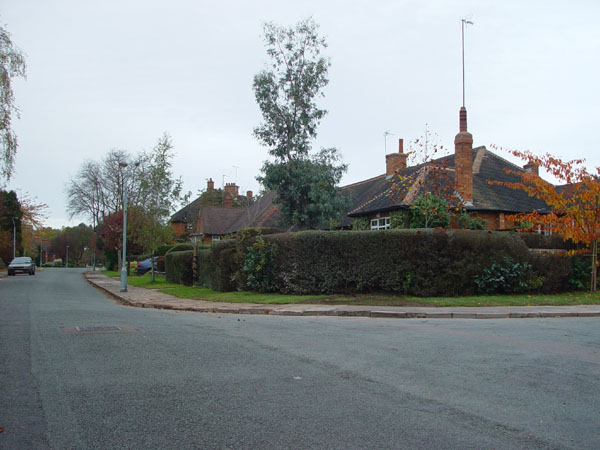 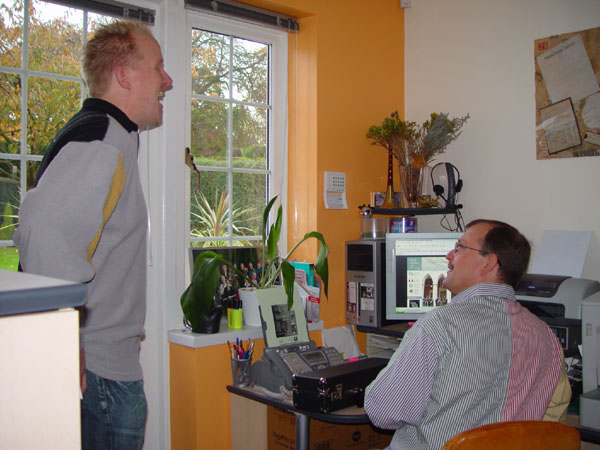 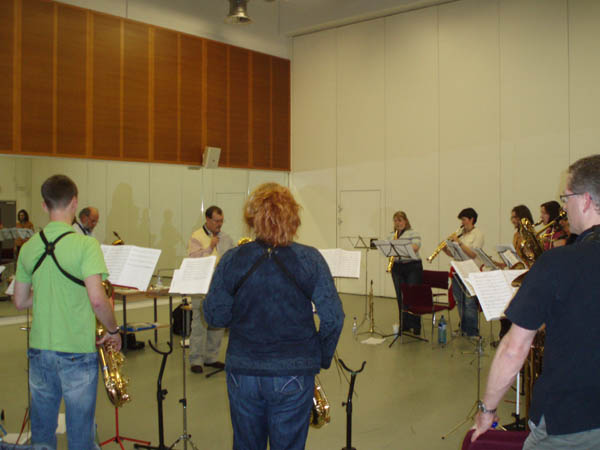 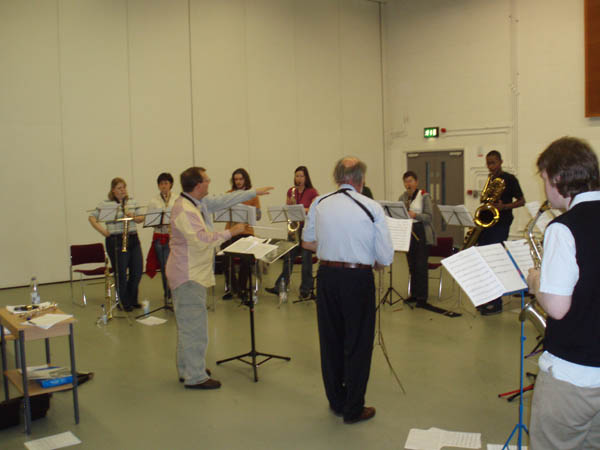 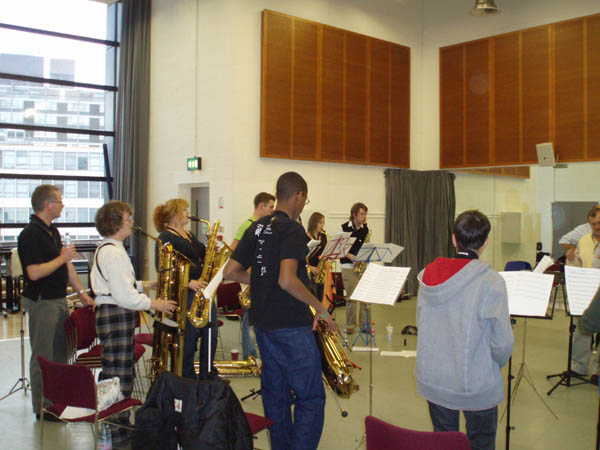 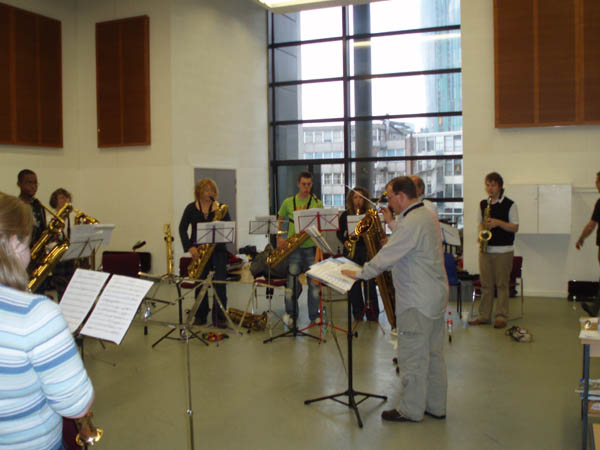 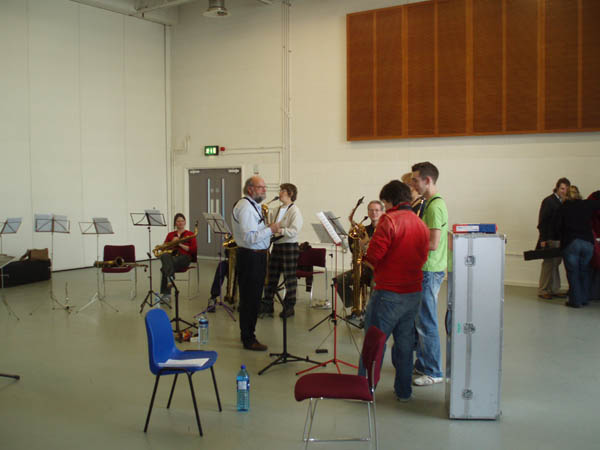 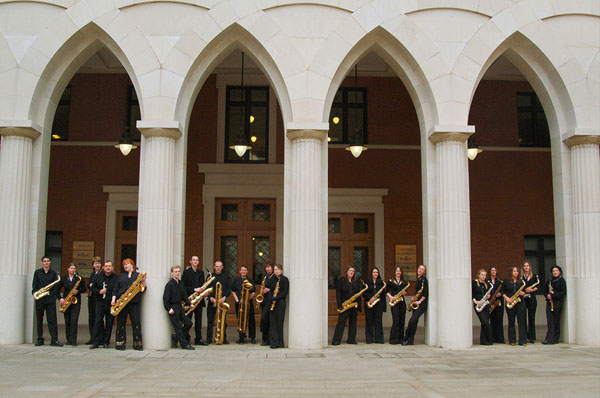 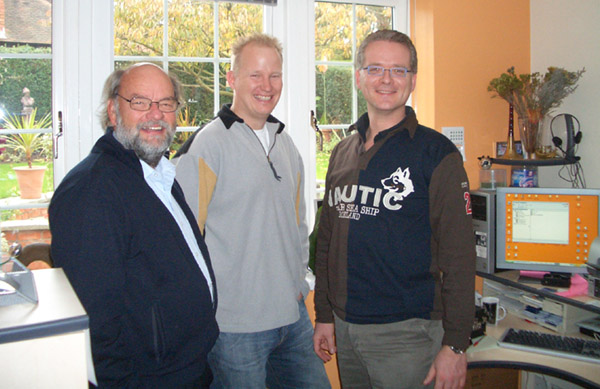